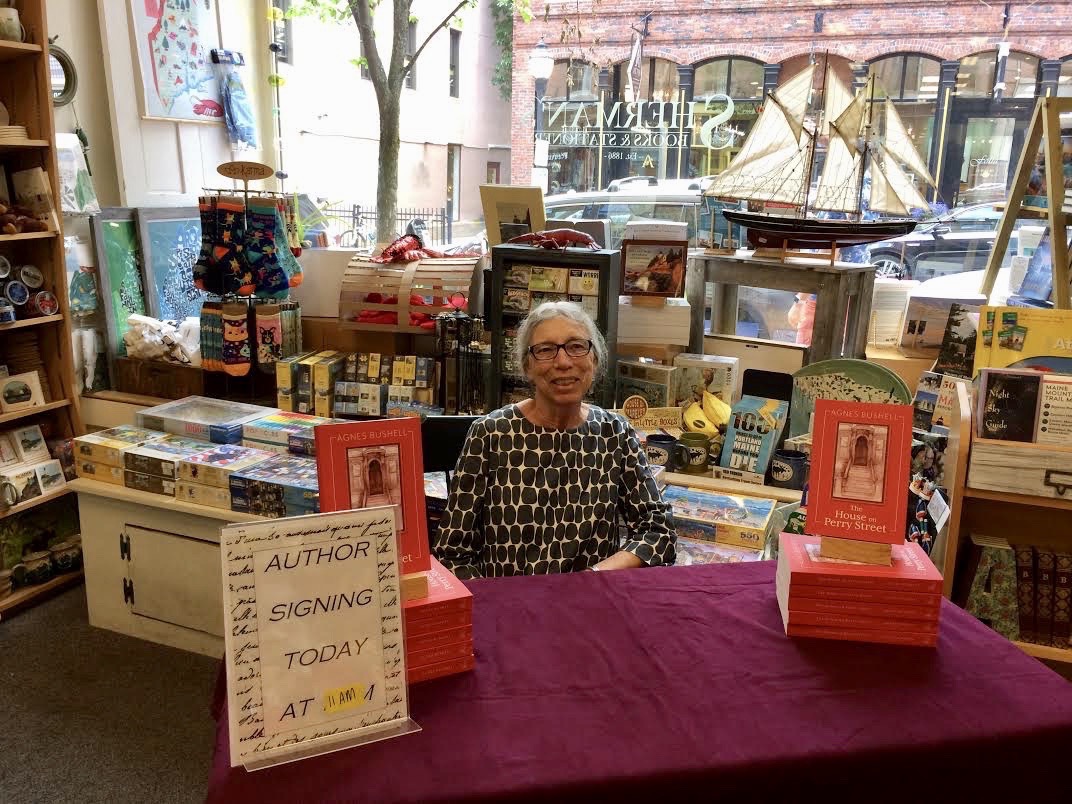 INSERTING FICTIONAL CHARACTERS INTO REAL HISTORY CAN BE TRICKY

At the opening of Agnes Bushell’s novel “The House on Perry Street,” Lydia, the oldest living matriarch of the Tallis family warns her progeny, “Beware the priest who comes to the door! They bring nothing but trouble.” The warning compels Marina, Lydia’s granddaughter, to dive into family history to ascertain whether one of the women in the matriarchal line, as Lydia has suggested, has indeed promised the beloved family home to the Catholic Church.

A historian by training, Marina’s quest takes her – along with her brother and cousin – deep into the family archives, thus establishing the novel’s framework as each of the strong, independent Tallis women steps forward to tell the social and historical events of their time through the papers, autobiographical novels and letters they’ve left behind. The Tallis women bear witness to women’s suffragist and labor movements, America’s expansion into the western frontier and the work of the Emergency Rescue Committee (ERC) in 1940. They champion the cause of the marginalized while also enjoying the wealth and freedom to pursue art, literature and to raise their children without the traditional expectations of marriage. It is their stories and the history itself that serves as the novel’s primary focus.

The foray into history is not new for Bushell, whose previous 11 novels traversed diverse political and social landscapes. The challenge of inhabiting characters who live through and convey key historical moments is that imagination can become lost and tethered to facts.  Most of the time, “The House on Perry Street” excels in balancing this delicate tension, and the characters and the history move alongside and with one another. For example, Marina’s great-great-grandmother Ada’s ill-fated relationship with Thomas Barr recounts America’s encroachment west and the annihilation of Native Americans. Marina’s grandmother Julia’s autobiographical novel of a friendship between Elsie and Isabella underscores the senseless tragedy of the Triangle Factory fire. In these vivid narratives, the story compels and conveys crucial American history without losing the voice and heartbeat of the characters themselves.

In a few instances, though, the character’s development feels a bit rushed and overtaken by the history, such as the story of Lydia’s time working for the ERC in France during the early 1940s. Though the history is interesting, in these moments, the character’s narrative falls short.

It is Marina’s Aunt Rose, who mysteriously stopped speaking five years earlier, who carries the weight and discomfort of the promise made by the earliest Tallis matriarch. Rose’s ongoing correspondences with childhood friends Phillip – who has become a priest – and Stephen, reveal her deep spirituality and commitment to honor her ancestors.  She tells Marina, “It is an article of our faith that the living, through prayer and sacrifice, can assuage souls that find themselves in difficulties after death.” As the root for Rose’s silence emerges and resolves, the novel’s most important narrative emerges, namely, the burden that family and history exacts and the legacy of knowing and honoring that history.

By the novel’s close, Marina, now steeped in the voices and history of her maternal ancestors, contemplates how “our closest relatives are so often hidden from us, and how much it matters whether we know about them or not, especially the dead ones, but even the living ones.” In traversing the range of extraordinary lives of these women, it is Aunt Rose who ultimately suggests the reason for knowing history and carrying these stories forth, “We are all connected, the living and the dead.”

“The House on Perry Street” marks the welcome return of Littoral Books – the independent press that Bushell co-founded with Marcia Brown in 1975. In re-launching the press, Brown, Bushell, and Bushell’s husband Jim commit anew to publishing the work of Maine writers and artists.