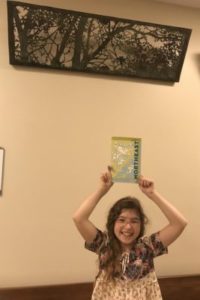 Littoral Books is an independent literary press based in Portland, Maine, dedicated to publishing beautiful books by writers and artists from Maine and New England. Originally founded in 1975 by members of the Portland Women’s Group in order to publish the work of women writers, we were one of the founding presses of the Maine Writers and Publishers Alliance. Littoral Books published only two books of poetry in 1975, but forty-three years later, in 2018, several of the original members of the press decided to revive Littoral Books, and resumed publishing with Agnes Bushell’s matriarchal novel The House on Perry Street, and Balancing Act 2: An Anthology of Poems by Fifty Maine Women.

Since then we have published three or four books a year, including novels and works of non-fiction, books of short stories and poetry, and four volumes in our Contemporary Maine Poetry Series, one of which, Enough! Poems of Resistance and Protest was the recipient of the 2021 Maine Literary Award for Anthologies. Our writers, both male and female, include many of Maine’s most esteemed and well-loved poets and storytellers, as well as young and newly published writers. Our books are visually attractive, due to the inclusion of visual art and the creativity and skill of our book designer, Lori Harley.

Littoral Books is proud to be a Maine press, and to play an active role in Maine’s literary community through our virtual programming, Littorally Alive!, and by holding live readings and other events. Our goal as publishers is to create books which reflect the richness and diversity of our state, and offer readers the dual pleasures of insightful writing and beautiful design. We are members of the Maine Writers and Publishers Alliance, the Independent Publishers of New England, and the Independent Book Publishers Association. 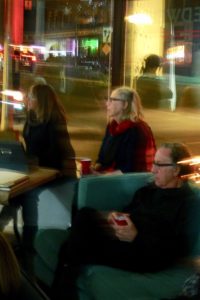 Launches, Readings, and All Things Littoral…